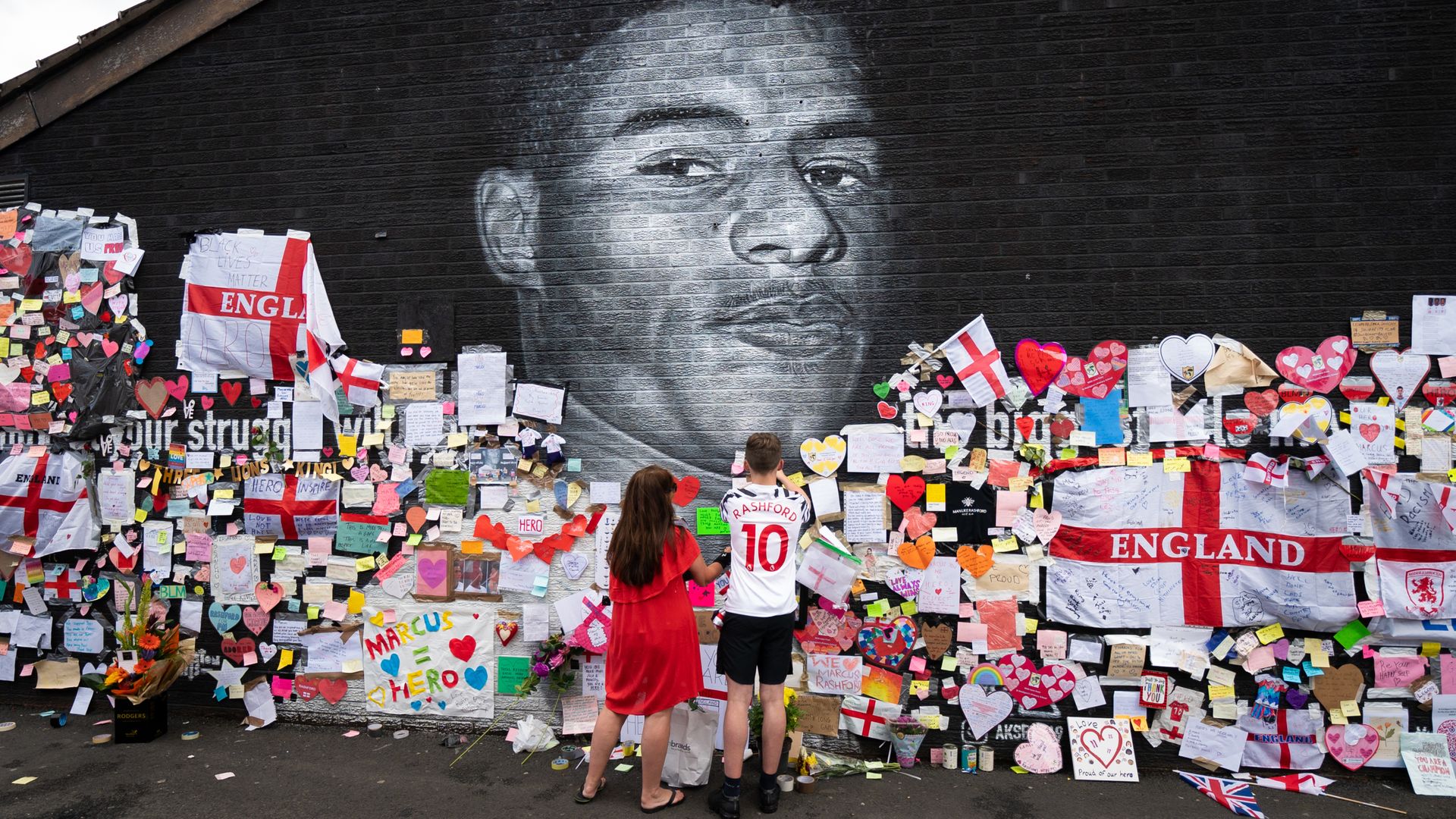 Marcus Rashford will donate the nearly £40,000 raised after his mural in Manchester was defaced to a food bank charity.

The mural was vandalised after the Manchester United forward missed a penalty in England’s Euro 2020 final defeat to Italy at Wembley.

A crowdfunding page was set up to raise funds to repair the mural and thousands of people attended to leave positive messages in support of Rashford and his team-mates, Bukayo Saka and Jadon Sancho, who were also racially abused on social media after missing penalties in the shoot-out at Wembley.

Rashford has said those funds will be given to Fare Share Greater Manchester, the charity he worked with to provide free school meals to children over the summer holidays.

Rashford tweeted: “Thank you Withington Walls, Akse P19, to Julie who kicked this all off, and to everyone who pledged a couple of £s for its repair.

“Having raised close to £40k, those funds will now be donated to FareShare Greater Manchester guaranteeing that we reach more children in need this summer.”

Who Will Be Given The Helmet From Helmut