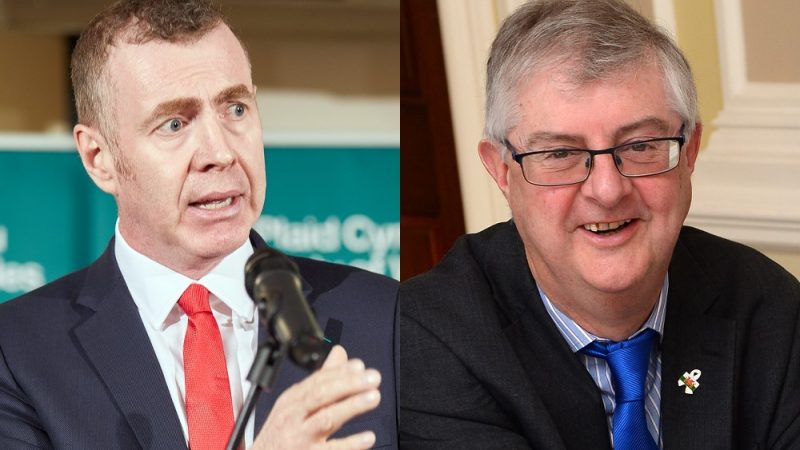 My first reaction to the talk of a co-operation agreement between Plaid Cymru and the Welsh Labour government is that I hope the Boundary Commission aren’t too exhausted after their work redrawing Wales’ Westminster boundaries.

Why might Welsh Labour need such an agreement when a deal with the Liberal Democrats’ one Senedd Member would give them a simple majority in the Senedd?

Well, it might be because legislation to reform the Senedd will require a 40 Member supermajority. Labour currently have 30, and Plaid Cymru 13.

Both Labour and Plaid Cymru are keen on a larger Senedd with an increase in the number of members to 90 or even 100.

This was thought to be quite a risky move before the Senedd election, with the threat of a devo-sceptic Conservative party or even Abolish the Assembly making major strides.

But the election was instead seen as a seal of approval to devolution – voters gave Labour’s handling of Covid the thumbs up and vanquished Abolish the Assembly altogether.

Between devolution’s renewed mandate and Labour and Plaid Cymru having 43 of the Senedd’s 60 seats between them they could essentially introduce whatever reforms they like.

The main sticking point is likely to be how proportional the Senedd is. There has been some talk of Single Transferable Vote, but with Labour winning half the seat with less than 40% of the vote, how proportional will they want it really?

Another factor that may have made Plaid Cymru more amenable to cooperation with Labour is that devolution is clearly under threat from the ‘muscular unionism’ of Westminster’s Conservative government.

By joining up, as the Greens and SNP have done at Holyrood, Plaid and Labour also send a message that electorally Wales stands united in support of devolution.

It might also give small ‘n’ nationalist Welsh Labour Senedd Members cover to demonstrate the kind of autonomy they have shown on Covid on other issues but which their own Westminster colleagues could be less keen on. The Welsh Government’s constitutional minister himself last week called Labour ‘too London-centric’.

On much else, the two parties are broadly aligned. Both want to do more to tackle climate change. Both want to invest in Wales’ creaking infrastructure. Both have an interest in local government reform.

In that sense, many of Plaid’s suggestions could well be pushing at an open door – or perhaps Welsh Labour are simply using Plaid Cymru to keep that door propped open.

But I suspect that the first order of business is that Mark Drakeford will turn to Adam Price and, like Captain Quint faced with Boris Johnson’s great white shark chomping away at devolution, say: ‘We’re gonna need a bigger Senedd.’

This piece was first published on Nation.Cymru and is reposted with permission.

Why Do Republicans Hate Cops? : politics

Scientists Think We Can Eradicate Covid But There’s A Catch